The price of rhodium, a precious metal that strips pollutants out of exhaust fumes, is surging as car manufacturers in Asia and Europe scramble to abide by stricter emission regimes. Supplies of rhodium are limited because the metal is mined as a byproduct of platinum, palladium and gold, while demand is rising as regulators restrict emissions and subject autos to more rigorous tests. 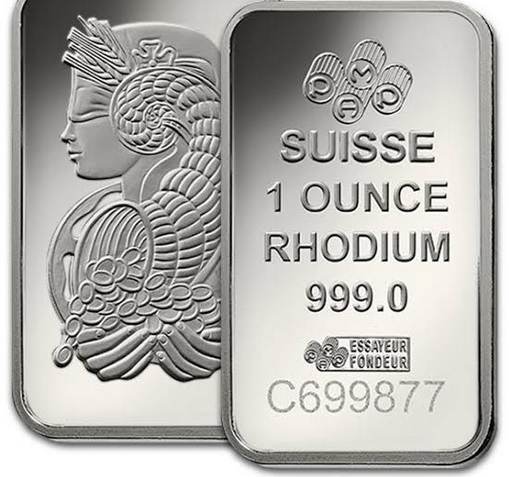 Rhodium prices—which are vulnerable to wild swings because the metal has no futures market—have surged 65% to $9,985 a troy ounce in 2020, according to British chemicals company Johnson Matthey PLC. This builds on last year’s rally, extending rhodium’s advance over the past 12 months to more than 300%. “This is a huge move already in a couple of weeks,” said Hans-Guenter Ritter, head of precious-metal trading at German refiner and manufacturer Heraeus Holding GmbH. He said the pace of rhodium’s ascent was unsustainable.

The simultaneous surge in rhodium and palladium prices is a boon for the handful of South African and Russian miners that dominate the production of platinum-group metals. These include Anglo American Platinum Ltd., MMC Norilsk Nickel PJSC, Sibanye-Stillwater Ltd. and Impala Platinum Holding s Ltd. Shares of Norilsk Nickel NILSY 0.65% have gained 11% in 2020 in Moscow, while Sibanye has risen 6.2% in Johannesburg.

For auto manufacturers contending with a downturn in sales and the cost of designing electric vehicles, rising rhodium and palladium prices represent an added burden. The metals’ rally has cost the auto industry around $8 billion over the past month, according to analysts at Citigroup, who estimate that platinum-group metals now represent 15% of global auto makers’ cash flows. Rhodium, which is used to make catalytic converters and named after the Greek word for rose because its compounds have a red tint, is highly effective at turning toxic carbon monoxide, hydrocarbons and nitrous oxides into harmless carbon dioxide, water and nitrogen. Not including recycled metal, the world consumed 692,000 ounces of rhodium in 2018, according to Johnson Matthey, which at current prices would see rhodium valued at about $6.8 billion.

“The situation is driven by a shortage in the market and it’s derived, to some degree, from changes in the emissions ruling in China, which requires higher loadings for automotive applications,” said Mr. Ritter of Heraeus. “Rhodium is, of course, a small market where changes in the demand profile can result in sometimes dramatic changes.” Car manufacturers are using more rhodium in the three-way catalytic converters that are fitted to gasoline-powered vehicles, boosting demand for the metal even as auto sales decline. The sector accounts for more than 85% of global rhodium demand, according to Johnson Matthey.

Consumption of rhodium, including recycled metal, by the auto industry grew 10% in 2019, Anglo American PLC estimates. “In large part, this was due to new, tighter emissions rules on vehicles sold in China and Europe,” said David Jollie, Anglo’s head of sales for platinum-group metals. “These emissions rules were introduced partway through 2019, and the fact that they will be in force for the whole of 2020 means that metal demand will likely be higher than it was last year.”

Miners are unlikely to flood the market with new material to take advantage of higher prices, Mr. Jollie said, although he does expect an increasing amount of rhodium to be recycled from catalytic converters when they reach the end of their life. If rhodium prices rise much further, they will exceed 2008’s all-time high of $10,100 an ounce. That rally was followed by a slump in which prices plummeted 90% within six months—a reason why most producers are content not to lift output. The absence of a futures market makes it difficult for investors to speculate on whether rhodium prices will remain elevated, or experience a repeat plunge. Fund managers can buy or borrow physical metal, or bet on the Xtrackers Physical Rhodium exchange-traded contract, whose price has risen 72% in 2020.

As well as lowering emission limits, regulators are policing rules more stringently. The European Union has started to test all new passenger vehicles for nitrous oxides and particulates on the road as well as in laboratories, seeking to avoid a repeat of the Volkswagen AG emissions-cheating scandal. Light-commercial vehicles are next in line. Brussels is also steadily reducing manufacturers’ leeway to exceed caps on these two pollutants. Rhodium has qualities that discourage car manufacturers from swapping the metal for cheaper palladium and platinum, as some glassmakers—which use precious metals because they are able to withstand the high temperature of molten glass—have done. It is better at removing nitrous oxides from exhaust fumes than its sister metals and is easier to apply to existing converters.

“When you want to substitute platinum with palladium, you still have to do some work to get the catalytic converter working again,” said Michael Widmer, a Bank of America metals analyst. “With rhodium, you literally just add ounces of rhodium. You don’t have to do much re-engineering.”