Should one be so unlucky as to find oneself, as I did, lying awake in bed in the early hours of the morning in a hostel in La Paz, Bolivia, listening anxiously to the sound of someone trying to force their way into one’s room, one could do worse than to throw a chair under the doorknob as a first line of defence. But this is not what I did. Instead, I held my breath and waited until the intruder, ever so mercifully, abandoned his project and sauntered down the hall. The next morning, when I raised the incident with the hostel employee at the front desk, he said the attempted intrusion had just been an innocent mistake, a misdirected early-morning wake-up call gone wrong, and what was the big deal, anyway? Fuming, I turned to the highest authority in the world of international travel, the only entity to which every hotel, restaurant, museum and attraction in the world is beholden: I left the hostel a bad review on TripAdvisor.

TripAdvisor is where we go to praise, criticise and purchase our way through the inhabited world. It is, at its core, a guestbook, a place where people record the highs and lows of their holiday experiences for the benefit of hotel proprietors and future guests. But this guestbook lives on the internet, where its contributors continue swapping advice, memories and complaints about their journeys long after their vacations have come to an end.

Every month, 456 million people – about one in every 16 people on earth – visit some tentacle of TripAdvisor.com to plan or assess a trip. For virtually every place, there exists a corresponding page. The Rajneeshee Osho International Meditation Resort in Pune, India, has 140 reviews and a 4 out of 5 rating, Cobham Service Station on the M25 has 451 reviews and a rating of 3.5, while Wes Anderson’s fictional Grand Budapest Hotel currently has 358 reviews and a rating of 4.5. (At the top of the page, there is a message from TripAdvisor: “This is a fictional place, as seen in the movie The Grand Budapest Hotel. Please do not try to book a visit here.”) 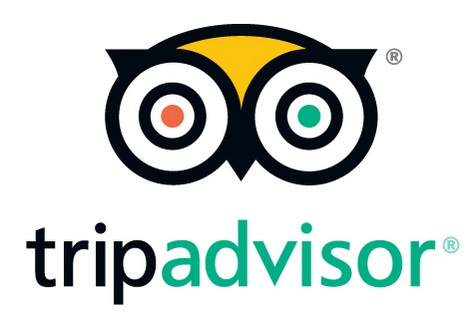 Over its two decades in business, TripAdvisor has turned an initial investment of $3m into a$7bn business by figuring out how to provide a service that no other tech company has quite mastered: constantly updated information about every imaginable element of travel, courtesy of an ever-growing army of contributors who provide their services for free. Browsing through TripAdvisor’s 660m reviews is a study in extremes. As a kind of mirror of the world and all its wonders, the site can transport you to the most spectacular landmarks, the finest restaurants, the most “adrenaline-pumping” water parks, the greatest “Hop-On Hop-Off Experiences” that mankind has ever devised. Yet TripAdvisor reviews are also a ruthless audit of the earth’s many flaws. For every effusive review of the Eiffel Tower (“Worth the hype at night,” “Perfect Backdrop!”), there is another that suggests it is a blight on the face of the earth (“sad, ugly, don’t bother”; “similar to the lobby of a big Vegas casino, but outside”.)

TripAdvisor is to travel as Google is to search, as Amazon is to books, as Uber is to cabs – so dominant that it is almost a monopoly. Bad reviews can be devastating for business, so proprietors tend to think of them in rather violent terms. “It is the marketing/PR equivalent of a drive-by shooting,” Edward Terry, the owner of a Lebanese restaurant in Weybridge, UK, wrote in 2015. Marketers call a cascade of online one-star ratings a “review bomb”. Likewise, positive reviews can transform an establishment’s fortunes. Researchers studying Yelp, one of TripAdvisor’s main competitors, found that a one-star increase meant a 5-9% increase in revenue. Before TripAdvisor, the customer was only nominally king. After, he became a veritable tyrant, with the power to make or break lives. In response, the hospitality industry has lawyered up, and it is not uncommon for businesses to threaten to sue customers who post negative reviews.
Lose yourself in a great story: Sign up for the long read email
Read more

As the so-called “reputation economy” has grown, so too has a shadow industry of fake reviews, which can be bought, sold and traded online. For TripAdvisor, this trend amounts to an existential threat. Its business depends on having real consumers post real reviews. Without that, says Dina Mayzlin, a professor of marketing at the University of Southern California, “the whole thing falls apart”. And there have been moments, over the past several years, when it looked like things were falling apart. One of the most dangerous things about the rise of fake reviews is that they have also endangered genuine ones – as companies like TripAdvisor raced to eliminate fraudulent posts from their sites, they ended up taking down some truthful ones, too. And given that user reviews can go beyond complaints about bad service and peeling wallpaper, to much more serious claims about fraud, theft and sexual assault, their removal becomes a grave problem.

Thus, in promising a faithful portrait of the world, TripAdvisor has, like other tech giants, found itself in the unhappy position of becoming an arbiter of truth, of having to determine which reviews are real and which are fake, which are accurate and which are not, and how free speech on their platform should be. It is hard to imagine that when CEO Stephen Kaufer and his co-founders were sitting in a pizza restaurant in a suburb of Boston 18 years ago dreaming up tripadvisor.com, they foresaw their business growing so powerful and so large that they would find themselves tangled up in the kinds of problems that vex the minds of the world’s most brilliant philosophers and legal theorists. From the vantage point of 2018, one of the company’s early mottos now seems comically naive: “Get the truth and go.”

Many of the difficult questions the company faces are also questions about the nature of travel itself, about what it means to enter unknown territory, to interact with strangers, and to put one’s trust in them. These are all things that one also does online – it is no coincidence that the some of the earliest analogies that we once used to talk about the digital world (“information superhighway”, “electronic frontier”) tended to belong to the vocabulary of travel. In this sense, the story of TripAdvisor, one of the least-examined and most relied-upon tech companies in the world, is something like a parable of the internet writ large.

The travel guide is an ancient genre, one that has never been far removed from the questions that trouble TripAdvisor LLC. For nearly all of human history, people have wanted to know everything about where they were going before they got there. The Greek geographer Pausanias is often credited with authoring the first travel guide, his Description of Greece, sometime in the second century AD. Over 10 books, he documented the sights and stories of his native land. Of Lake Stymphalia, in Corinth, for example, Pausanias writes: “In the Stymphalian territory is a spring, from which the emperor Hadrian brought water to Corinth … at one time man-eating birds bred on it, which Heracles is said to have shot down.” Today, on TripAdvisor, Lake Stymphalia gets a meagre rating of 3.5, below the average of 4: “It is more like a swampy marshland … there isn’t really anywhere to chill out and relax so we didn’t stay long,” writes one reviewer. Beneath this review, and beneath all TripAdvisor reviews, is a disclaimer: “This review is the subjective opinion of a TripAdvisor member and not of TripAdvisor LLC.”

When TripAdvisor was founded, in 2000 – six years after Amazon, four years before Facebook and Yelp – consumer reviews were still thought of as a risky endeavour for businesses, a losing bet. Amazon first allowed customers to post reviews in 1995, but it was a controversial move that some critics derided as retail suicide. When TripAdvisor launched, it did so as a simple aggregator of guidebook reviews and other established sources, keeping its distance from the unpredictable world of crowd-sourced content.

Kauferenvisaged TripAdvisor as an impartial referee, providing “reviews you can trust”, as one of its former taglines promised. But as an experiment, in February 2001, he and his partners created a way for consumers to post their own reviews. The first-ever review was of the Captain’s House Inn, on Cape Cod, which received four “bubbles”. (TripAdvisor uses “bubbles” rather than stars to evaluate companies to avoid confusing its ratings with more conventional luxury hotel ratings.)

Read the rest of the article here