Berkshire Hathaway Inc on Tuesday eliminated a restriction on its ability to buy back its own stock, a change that could help billionaire Chairman Warren Buffett deploy more of the conglomerate’s cash. The new policy approved by Berkshire’s board lets Buffett and Vice Chairman Charlie Munger authorize buybacks when both believe the repurchase price is “below Berkshire’s intrinsic value,” a determination that would be made “conservatively.”

Berkshire’s old policy said repurchase prices would not exceed 1.2 times book value per share, or assets minus liabilities. The new policy is a major change for Berkshire, where Buffett has faced pressure to deploy more than $108 billion of cash and equivalents. Berkshire’s Class A shares closed Tuesday at $288,500, roughly 1.37 times its $211,184 book value per share as of March 31. The Class B shares rose 2 percent in premarket trading Wednesday, following the announcement of the new policy. 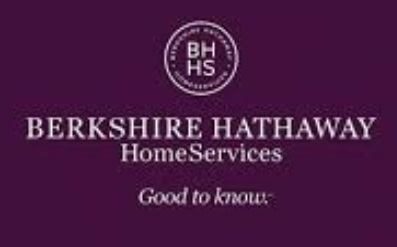 “It’s a somewhat significant change,” said Steven Check, president of Check Capital Management Inc in Costa Mesa, California. Berkshire shares comprise about 20 percent of its $1.5 billion of assets. “This is a good thing in an environment where Berkshire has a lot of excess cash, nothing to buy, and an underpriced stock,” Check said. Berkshire raised its repurchase threshold to 1.2 times book value from 1.1 times in December 2012.

The Omaha, Nebraska-based company spent $1.3 billion on share repurchases that month, mainly from the estate of a longtime shareholder. Berkshire has not disclosed any subsequent repurchases under its program. Known as a bargain-hunter, Buffett has struggled to add large companies to Berkshire’s stable of more than 90 businesses in the insurance, railroad, energy, retail and other sectors.

In recent months, he has used some cash to build a more than $40 billion stake in iPhone maker Apple Inc. At Berkshire’s annual meeting in May, Buffett resisted issuing a special dividend to shareholders, while supporting Apple’s move to increase its own buybacks, saying that could boost the stock’s value. Munger, for his part, warned that some companies use repurchases simply to prop up their own stock prices.

Berkshire said it would not buy back stock under its new policy until it releases second-quarter results, scheduled for Aug. 3. It also maintained it will not allow repurchases to reduce its cash and equivalents below $20 billion.